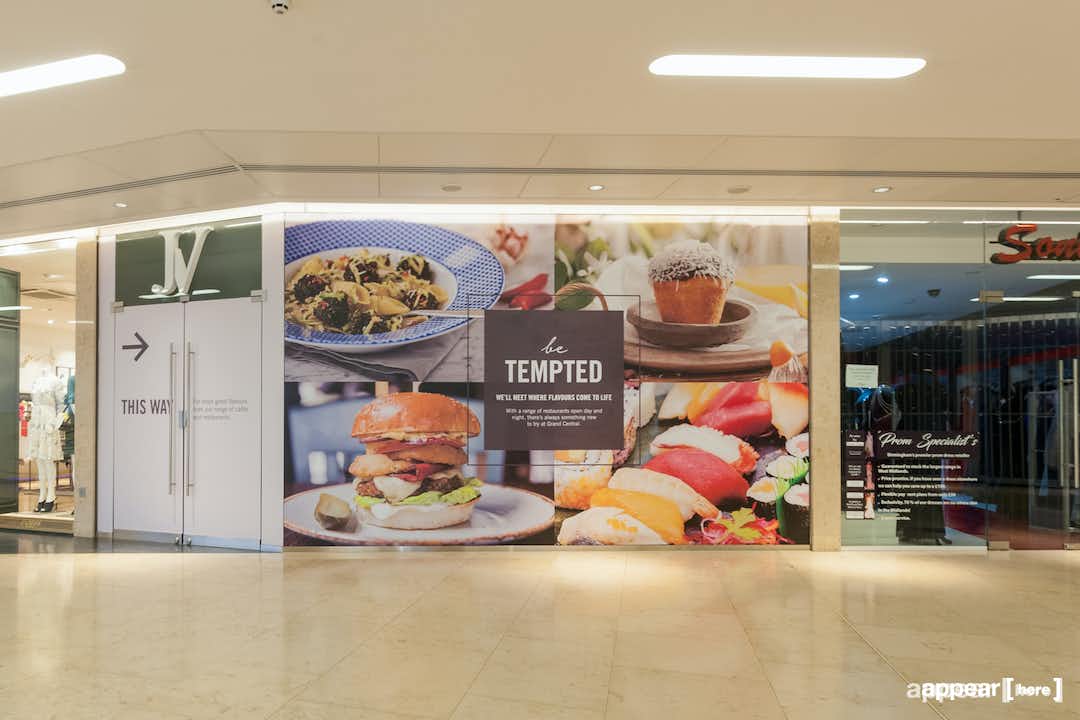 Grand Central enjoys heavy footfall all week long. As a shopping centre connecting New Street Station with the rest of Birmingham, it’s the perfect place to make an impression on as much of the city as possible.

This space used to be a clothing store, and is next door to Hobbs London as well as Sonique, an independent fashion brand. The space has a sleek fitout throughout and would be perfect for fashion ideas. There are floor-to-ceiling windows across the front, under-lighting in the ceiling and a long shopfloor with built-in fitting rooms as you move towards the back. There’s also a kitchen and extra storage room at the very back of the space.

View the floorplan for this space.

Meet the neighbours as you wander Grand Central: John Lewis, Nando’s, Neal’s Yard and more. There’s a mix of F&B and retail brands in every corner – so you’ll be speaking to all sorts of shoppers and visitors.

A deposit may be required on this space.