This week: We take a look at what direct-to-consumer actually means, and how in the not-so-distant-future – those consumers may be closer than you think.

Commerce is always changing. So are people. It’s all just happening (A LOT) faster. In a transformed world, are physical stores still a brand’s most effective way of reaching ­– and sticking with – their audience?

Turns out, they are.

• The Economist reported that big players are “coming to see the merits of the business model,” with Nike seeing 30% of its revenue coming from DTC sales in recent quarters. Hyper-localization is key, and the brand plans to open 200 concept stores modeled after their Nike by Melrose location – which was personalized for its West Hollywood address based on customer data.

• Doug Stephens, aka ‘The Retail Prophet’, has penned numerous pieces for The Business of Fashion on the sector’s future. One of his core predictions? The physical store as a media channel, with the customer experience as the most profitable product. What does he foresee post-Covid? Spaces will still retain their value as community gathering places and brand culture hubs, but will be more about distributing experiences, rather than goods. Cue the next Nike plug: their third House of Innovation, reliant on interactive tech, opened its doors yesterday on the Champs-Élysée.

• And what of the new customer experience? According to McKinsey, with emotions running high, now is the time to create “intense consumer reactions” through focusing on “peak moments” – such as the unboxing of an order or the checkout process in store. Roll out the surprise and delight.

What happens when businesses consider what DTC actually means, and apply it as a method to innovate?

Localization is trending not only in retail, but also within urban planning circles. Paris’s mayor declared her vision of the 15-minute city, where services, shopping, entertainment and work are all a short walk (or bike ride) away. Milan’s mayor also announced a similar scheme for “rethinking the rhythms” of the capital.

• The future of the city is flexible. “In a matter of months, we’ve converted parking spaces into cafés, closets into broadcast centers, parks into hospitals… the idea of the 15-minute city, fortified by recent experience, suggests that the metropolis is not a rigid machine but a text we can rewrite when we need to,” wrote Justin Davidson in New York Magazine.

• Who said co-working’s dead? ARC is a newly launched venture, with the aim of providing a place for freelancers and former-commuters to W(Near)H. “One of [our] key differentiators is we’re neighbourhood-based and we’re looking to fulfill almost all of our capacity within walking distance or cycling distance of our spaces,” CEO Hannah Philp told Courier.

• Coresight Research predicted that 60% of this year’s retail closures in the U.S. will be mall-based. The lesson for any square footage? Survivors will need to be multipurpose. “In the wake of this, many landlords will have the choice of sitting on vacancies and hoping the market will come back, or assuming this change is forever and now is the time to evolve. This is a good time to create more public space, and bring in office space, housing, and hospitality,” Stenn Parton, CRO at developer DJM, told Glossy.

The special alchemy of any metropolis lies both in the proximity of mixed-use spaces, and the diversity of its inhabitants. As office blocks stand empty, will cities be reoriented around a shrinking radius of residential streets?

Does the essence of DTC mean going local, and reaching your community where they live?

Change is afoot. Time to meet your neighbors. 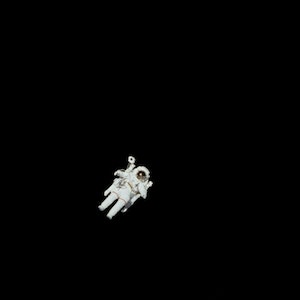 Houston, we have liftoff

This week: Out of crisis – opportunity. How the pandemic is shaping both entrepreneurship today and the stores of tomorrow. 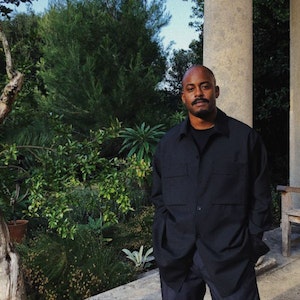 The Five at Five: FGUK Magazine