This week: How to stop doomscrolling and harness the power of the great outdoors.

Mental Health Awareness Month is upon us and it’s no secret that we’re living amidst a global mental health crisis. You’d think a return to normality (whatever that means anymore) after the past couple of years was the light at the end of a very dark, very distressing tunnel, but just when we thought the worst had been weathered – months of health scares, virtual meetings, job loss, missing out on time with loved ones, being stuck inside – the p@nd*m!c left a nasty stain on the wellbeing of millions.

• As we emerge from the wreckage of Covid-19, young people and women have been hit worst, according to WHO. Gone are the days where the biggest health risks are binge drinking and teenage pregnancy, as the New York Times points out. Anxiety, depression and a host of other significant mental disorders are now the greatest threats to young people. To rub salt in the wound, loneliness is something we’re all still tackling even as life restarts, and is currently at three times that of pre-Covid levels according to the Mental Health Foundation. Co-founder of Headspace Health and former Buddhist monk Andy Puddicombe puts it in black and white: “In a world where we are seemingly ever more connected [via our devices], so many people say they feel increasingly disconnected, isolated, or lonely.”

• As screentime soared during lockdowns, mental health plummeted. Doomscrolling – the obsessive checking of social feeds for negative news – became second nature to some of us and unless you’re a technophobe, you’ll probably relate. While we can’t pin all our problems on screentime alone – the verdict is out on just how much tech is messing with our minds – one thing’s for sure: our near constant time spent on smartphones amounts to something close to an addiction. And several studies have shown that spending too much time online has been associated with moderate or severe depression in adults. A 2019 study by Jean M. Twenge, professor of psychology at San Diego State University, even found that heavy users of technology were lower in psychological wellbeing than light users, attributing the difference to heavy-users’ displacement of healthier activities like sleep, face-to-face interaction, as well as being more prone to social comparison and cyber-bullying.

• Tackling loneliness is all about fostering community. We need more places like Roundtable Books, a Brixton bookshop that celebrates diversity in children’s books and regularly hosts events that bring people together. Did you know that poor design and lack of diversity on our main streets can directly affect our physical and mental health? According to Public Health England, it turns out that ‘healthy’ high streets can reduce health inequalities and increase social interaction. Features that contribute to more walkable streets – green space, reduced traffic, and spaces for people to congregate – are likely to positively influence mental health, reducing the risk of social isolation and its associated health outcomes, the report found.

If the idea of the metaverse is enough to make you want to ditch your devices and become a reclusive luddite, well… same. But if you’re not quite ready to become a hermit, maybe it’s time to switch the smartphone to 'Do Not Disturb’ and explore the real world again.

If you still can’t shake that languishing feeling, fret not. Taking a step in the right direction doesn’t need to be a gargantuan task. A 10-minute meditation or a midday mental health walk can go further than you think.

• The adoption of technology-based health care has accelerated since the pandemic. Think: Headspace, Calm, and BetterHelp. “The increase in need is staggering,” Russell Glass, CEO of Headspace Health told CNBC. “You’ve gone from 20% of the [U.S.] population with a need to 40%, so a doubling of those with an acute anxiety, depression or other mental health need.” The growth of virtual therapy apps has also skyrocketed, although not everyone is convinced that mental health apps are a net positive for users mental health, citing data security concerns and encouraging a greater reliance on tech in a world where we need more time away from our screens, not less. “In-person, traditional mental health care can be hard for many people to find — most therapists have long waiting lists, and navigating insurance and costs can be a major barrier to care. The problem got worse during the COVID-19 pandemic when more and more people started to need care,” Nicole Wetsman wrote for The Verge. “Mental health apps sought to fill that void by making resources more accessible and readily available. But that access could come with a privacy tradeoff.”

• A simpler approach to taking care of your mental health? Spending time outside. Cynthia Frantz, PhD, a professor of psychology and environmental studies at Oberlin College in Ohio says of this: “Spending time in nature has cognitive benefits, but it also has emotional and existential benefits that go beyond just being able to solve arithmetic problems more quickly”. Perhaps we’ll see a spike in ecotherapy - the practice of spending time in nature for therapeutic purposes. Simple as it may sound, it’s reported to increase mindfulness, improve social connections and reduce loneliness. Speaking of going back to our roots, research from Imperial College London reported that the psychedelic aspect of magic mushrooms might help to “open up depressed people’s brains”. Mushrooms for mental health? We’ve officially heard it all.

• If going back to the basics can put a spring back in our step, we’re all ears. Dr Alfiee Breland-Noble, a leading psychologist and founder of the mental health nonprofit the AAKOMA Project, told Refinery 29 that spending time outside and socializing could help to quell feelings of existential dread. She suggests: “Consider restricting how much news you consume, try to spend any free time you might have on nourishing activities like going on walks, and talk to your friends or family.” Sowvital, a UK-based plant care company that have just launched with Appear Here, might be the perfect stop-off on your next wander. Co-founders Jack Lewis and Josephine Waugh describe their magic products as "modern plant food formulations for the metropolitan gardener [that] breathe life back into the shared spaces of people and plants." A pretty cool way to reconnect with nature if you ask us.

If you’re struggling with loneliness, The Mental Health Foundation has collated a list of 15 activities you can do to combat it. Top of that list is taking control of your time when you can, whether that’s trying new things like visiting your local market (one of our favorites is Exmouth Market in Clerkenwell, London - it stocks all manner of delicacies and treats) or relaxing in your local park (weather permitting, of course). 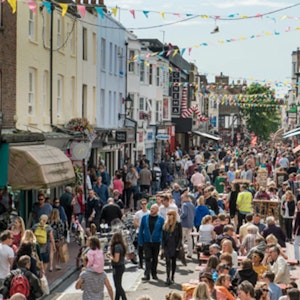 Neighborhood guides: Live like a local in The Lanes, Brighton

The Lanes is perfect for wandering down the cobbled streets, taking in the sound of the buskers on a lazy afternoon. 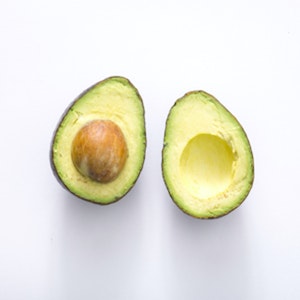 Do you even vegan?

Why the shift to plant-based isn’t just a flash in the pan.