This week: Why the pandemic has made thrill-seekers of us all. (Like you needed an explanation).

G7 economies are on track for a “synchronised acceleration” not seen since ‘50s post-war boom times. History lesson alert: the Spanish flu left people with a taste for adventure and a general willingness to experiment with new business ideas.

• Over 40% of workers are considering leaving their jobs, according to a global Microsoft survey. “If ‘languishing’ is 2021’s dominant emotion, YOLOing may be the year’s defining work force trend,” reported Kevin Roose in The New York Times. Might also be the battle cry of a generation.

• 'The post-Covid consumer: Hedonistic or minimalist?' asked The Future Laboratory, in typically farsighted form. The champagne-soaked scenario means “consumption is defined by enjoyment” and “the experience economy grows exponentially”.

• Skin is (back) in, at least when it comes to fashion’s spring campaigns. Brands are banking on a return to sensuality, with a 240% bump in offerings of “exposed thong pants” (ummm, WTF?). “The fact that people have spent the last year living their lives online has only fuelled this desire,” noted Alexandra Mondalek in The Business of Fashion.

How soon can we get back to partying in a crowded bar? UK nightlife is looking to Liverpool this weekend, where a two-day rager will be the subject of a national study on COVID safety. It’s the first official club night in over a year. All in the name of science.

• It looks like marijuana is going… mainstream? Global (legal) weed sales topped $21 billion in 2020, with Q1 this year seeing a “flurry of deals” as corporates look to cash in. Their next bet for recreational de-regulation? Europe. And in the U.S., legalization in New York means the state is set to become America’s second-largest market for pot. It’s also “showing the rest of the country what comprehensive marijuana reform – centered in equity, justice, and reinvestment – looks like,” said Kassandra Frederique, the director of the Drug Policy Alliance.

• The legacy of the war on drugs – particularly when it comes to marijuana – has disproportionately impacted Black and Hispanic people, who are more than three times as likely to be arrested despite white people using it at pretty much the same rates. Facts: 80% of cannabis industry founders are white, and only 8% are women. Something to keep in mind in terms of which brands you support next time you’re shopping around for edibles. “Cannabis equity is an active fight,” wrote Mary Pryor, co-founder of Cannaclusive, a collective focused on inclusion in the weed industry.

• Bet you didn’t know medicinal cannabis is legal in England. (Only 12 NHS prescriptions have been written). A report calling the medical marijuana sector “a mess” was submitted to Westminster this week. It calls for relaxing rules around the growth, import, and use of weed – with the argument it would create a £2 billion industry. “There is nobody in the Home Office who actually understands this,” said Lady Chanelle McCoy, co-founder of Pureis, one of the first CBD brands to receive approval in the UK.

Are we on the cusp of a new day for dope? Just a few years ago, there was no such thing as a European cannabis market. In the States, the domestic hemp industry only became legit in 2018. Now there’s a whole new crop of customers seeking relief.

What’s directly linked to our libido levels? Stress. After a year of ultra-delayed gratification, get ready for one hell of a hot vax summer. 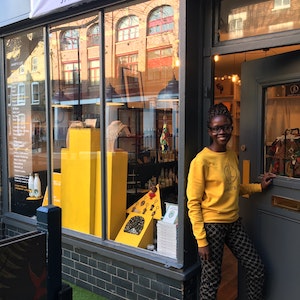 Masterclass: How to create and launch a pop-up, with Janet Oganah

Janet shares the kind of knowledge that could save a whole lot of trouble and tears. 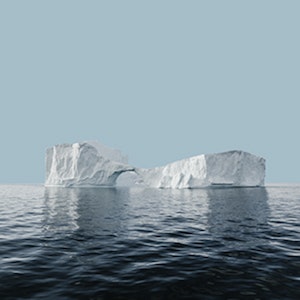 Yesterday was Earth Day. So we’re checking in with that crisis before COVID… or have you already forgotten about climate change?