How I Made It: Dasha Faires of Canal Street Market

What once was an avoided street in downtown Manhattan, has turned into a must-see destination for both locals and tourists alike in just a matter of months, thanks to Canal Street Market. The space has housed over a hundred independent brands, partnered with the likes of Man Repeller and West Elm and was recently featured in the New York Times for its highly curated food hall addition. If you haven't stopped by Canal Street Market, you should.

We sat down with the Creative Director of Canal Street Market, Dasha Faires, to find out what it takes to turn an empty space into one of New York’s most popular markets.

Can you tell us a bit about your background: what did you want to be when you were younger?

I always knew I’d do something creative, but I wasn’t sure what it would look like. My dad is a free-spirit and one of the most creative people I know. He was always building and making things, and I think that subconsciously affected me. I initially thought I wanted to be a doctor, which is a bit hilarious looking back, but then ultimately studied fashion and jumped into fashion merchandising early on.

Who or what has been the biggest inspiration in your life?

It’s a combination of a lot of people - my dad is where I get my creativity from but my step-dad is the most epic human being in the world and the hardest worker I’ve ever met - he never seems to be tired. I got both influences growing up and can contribute a lot to both of them.

What was the turning point in your career?

In my early 30s, after testing out merchandising and sales, I ultimately realized I loved creative direction. My husband works in design and construction which always interested me so I decided to quit my job and help him with those projects, this is what lead me to think about design production and curation.

Tell us a bit about how you got involved with Canal Street Market. What appealed you to the project?

I met Phil Chong, who owns Canal Street Market last May, They had been thinking of what to do with this space for six years. They had been going back and forth about turning it into a grocery store or a retail space or maybe even a night club. After hearing many pitches, they decided on retail. He asked me how I would do it, and I pitched my idea and was hired in July 2016 to launch it.

You were tasked with taking a 12,000 sq ft space in the heart of Chinatown (which is often avoided by New Yorkers) and turning it into a destination. What was your initial reaction to hearing about the project?

I knew what I wanted the market to be that was all about discovery and that it was needed in the area. The real question was - would people respond to it? I had worked in the neighborhood for the past five years, and thought about what I would want if I was the customer, and what I would want to see. The neighborhood was very underserved so the idea of filling in the blanks kind of came naturally to me, and I was excited about the challenge. Even though fashion was my day job, I always had more of an interest in the home/design industry, which is why I was so drawn to this project.

Also the energy excited me. We were creating something that felt like we were holding all of these people’s dreams in the palm of our hands and were allowing them to showcase their ideas to our community. Being able to help other artists, makers, and retailers launch their brand is something special.

What was the biggest challenge along the way? How did you overcome it?

The biggest challenge was selling people on an idea that did not exist yet. It’s funny because I led the creative direction, but I had that background in sales so was a bit of a science to it which helped. Now, brands can come and see it the space in person so selling the concept is much easier.

Today, our biggest challenge is the fact that we’ve created this amazing space and business, but none of us have done this before. We’re constantly learning and thinking of new ways to keep the space exciting for others.

How did you go about creating the Canal Street Market brand and attract people to come to the space?

I focused a lot on the visual identity of the space and how that related to the brand. Due to the location, I wanted to make the space feel as though you were taking a walk through Chinatown. When you’re in the deepest parts of Chinatown, it feels weird and you see so many unique things, and that’s what our imagery started with.

It takes a certain skill to be able to curate a market successfully, can you let us in on your tactics?

First and foremost, the design is really important and that question gets asked a lot, but sometimes people don’t put enough emphasis on that. You have to think about the space you’re creating and think about how everything is going to look and feel before it comes to life. We had this beautiful landmark building with the most amazing architectural backdrop, and we wanted the overall design to feel a bit airy and minimal to juxtapose the building and the neighborhood.

Curation is the hardest part. Right now we have a vendor in the space, Global Goods Partners who has the most beautiful products and next to them we have Tea Dealers who sources the most amazing high-end teas with super sleek packaging. The two brands positioned next to one another creates this distinctive overall experience.

When selecting brands, we look at a lot of things. We look at their branding and their product – do these products speak to our overall assortment? Then, we’ll go on to their visual language – what does their Instagram look like? What does their blog look like? How are they speaking to the world? Because sometimes the product is great, but their visual identity might not be.

And lastly, which is most important, we meet the people. Do we love them? Do we vibe? That’s really important to us because we’re new and we’re a community and we’re all in this together.

You’ve collaborated with some pretty massive brands such as Man Repeller, West Elm and Matter. What was that like?

We knew we wanted to do collaboration projects in our flex space, but we never expected to do so many in a row – they were organic by nature with the relationships we have but intentional from a marketing standpoint. The driving force was to work with other amazing brands and bring them into the space to collaborate on projects together. Each marketing integration we’ve done allowed us to speak to a different audience.

Man Repeller has a huge audience and following, so it was incredible to see how they reacted to the space. Then we worked with Passerbuys, West Elm, and Sonos on all this amazing programming, including an influencer dinner. In April, we hosted or produced 25 events in a single month.

Is there anything still on your wish list to do with CSM?

I’m really obsessed with exploring experiential art and figuring out how that’s a complement to what we created. We’ve made this physical space and want to encourage people to unplug and get away from their computers, explore, and interact with other humans. We love this old school idea of having people talking to one another instead of being on their phones so we’re dreaming up ideas about how to make that happen.

As a whole, just always improving our in-store experience, from the music that’s playing to what people see when they enter the space.

Mantra to live by?

Authenticity is so important to me. I recognize it more and more the older I get. So with that, to create authentically is what I live by.

That and a million other things like be nice to people, be a good person and the list goes on...

Want to join the scene at Canal Street Market? Explore our collection and book a market stall here. 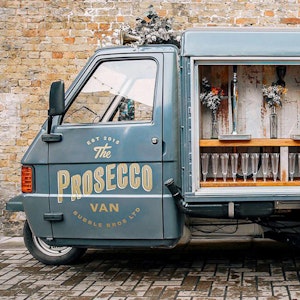 If you’re going to start a business, don’t play it safe

Forget Plan B: Here's why jumping in the deep end is the only way to start a business. 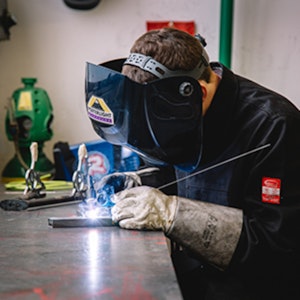 How to start a bicycle empire: from your living room

We catch up with one of the winners from our 2015 Space For Ideas competition, Porterlight Bike's Lawrence Brand.