This week: Reimaging society’s relationship with the elderly.

A cold, hard fact: None of us are getting any younger. Unless you’ve miraculously bottled whatever Benjamin Button was drinking, aging is perhaps the surest thing there is in life. You’d think that universality would translate into oodles of resources and compassion for the elderly, but as you likely know, the later-in-life age bracket is often overshadowed.

• Ageism has always been an ugly thing, but during a public health crisis that was especially dangerous for older people – with the majority of hospitalizations and deaths suffered by people over 65 years old – there was a disheartening level of whateverism. Or, as New York Magazine put it, the troubling worldview “that hurrying Grandma and Grandpa to the end of the conveyor belt may be an acceptable price to pay for a revived economy.” Older people are still feeling the effects of this: from financial struggles to intense loneliness in an increasingly remote, tech-centric world.

• We need more initiatives like One Day, a project launching with Appear Here this week, which amplifies the life stories of solitary older people in London. Founder Zijing Qu is a student in Central Saint Martins MA program in Narrative Environments, who is transforming a gallery space to connect London seniors with the younger and middle-aged community to share and record the stories of their lives. In her mission statement, Qu writes, “In a future that is likely to become more reliant on virtual conversations, the older generation must not be left behind.”

• For a while, the 65+ crowd was often overlooked by the youth-obsessed Silicon Valley types. But 2021 may have marked a sea-change. “Funding Surges For Startups Serving Older Adults” Crunchbase found. Investors may be hot on the tip that life expectancy has doubled over the last 100 years and elderly populations around the world are growing. As populations grow grayer, younger companies can lend a helping hand improving the experience of old age. Éva Goicochea, the founder of the slinky sexual wellness brand Maude is doing god’s work in her corner of the startup world. She runs a blog called The Golden, which focuses on topics catered to an older audience, covering oft-overlooked topics like intimacy and arthritis and myths about sex later in life.

Turns out, some people are still uncomfortable with the idea of hanky panky among the over 50 crowd. To which we say… grow up.

Elderly people are not a monolith – though judging from the extent of their representation in pop culture you’d think they’re all constantly smiling through fibromyalgia or staring vacantly out a retirement home window. (Though there have been some stylish improvements in elder representation, as of late.) The reality, of course, is that older folks are as diverse as any other demo – their age is just one of many factors that shapes their wants, needs, and ways of living.

• Existing models of senior living could use an upgrade to reflect this. While care homes are focused on meeting seniors’ basic needs, most lack a way for residents to make meaningful social relationships and retain independence. In an article for POLITICO, geriatric physician Bill Thomas explores what a radical reinterpretation of senior living could look like. “The pendulum’s swinging to home and community-based services,” explained Thomas. “And in order to make those services really work, we need better homes and better communities.” Denmark is on it.

• Designing communities that are accessible to older and differently-abled people is a way to promote age inclusivity. Our high streets could depend on it. A report from the International Longetivity Center found that the demography of the high street customer is ageing, and over the next two decades, our economy will be increasingly reliant on the spending of older consumers. Retailers and city planners will need to adapt. Put simply? We need more public spaces like community centers, libraries and bookshops, and IRL spaces that strengthen local neighborhoods, benefitting both older and younger people alike. ILC’s Harry Curzon and David Sinclair write, “Shared spaces on the high street can help strengthen intergenerational bonds, yet too many places fail to find ways of bringing young and old together. And a revitalised high street could even help us deliver more housing.”

• By the way, it’s not just older people who have been left feeling more lonely from the pandemic. Younger people are still struggling with social isolation too. And while several decades and innumerable Snapchat filters separate their generations, for these teens and octogenarians (and FWIW, everyone in between) a phone call, a cup of tea, or some plain old company could go a long way. And there’s a ton of organizations dedicated to facilitating just that.

There’s a reason the old adage ‘‘respect your elders” holds so much weight. One day, if you’re lucky enough, you might find yourself among them. 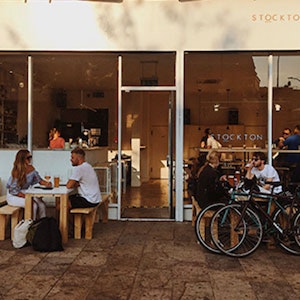 Neighborhood guides: Live like a local in Deptford, London

Although it’s been forever labelled one of London’s most up-and-coming neighborhoods, it has seen a transformation in the last few years. 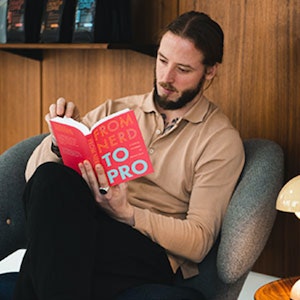 The Five at Five: Patrik Rolf