Neighborhood guides: Live like a local in Dumbo, Brooklyn

Did you know: Dumbo, which stands for Down Under the Manhattan Bridge Overpass, was named over 40 years ago by a bunch of artists squatting illegally in a Brooklyn loft warehouse? They had fled Manhattan to avoid the same type of gentrification process that had occurred across the river in districts such as SoHo, and so, they decided to pick the worst moniker they could imagine, in an attempt to scare developers away.

Its industrial past makes it such an interesting melting-pot of a neighborhood today. Dumbo is well-known for its breathtaking views of the city, a world-class waterfront park, flourishing art and food scenes, and of course, NYC’s most Instagrammable hot spot: the intersection of Washington Street and Water Street with the Manhattan Bridge in the background.

Here are our favorite spots:

The Migrant Kitchen
This delicious spot serves up American food inspired by immigrants. Expect expertly prepared Arab-Latino cuisine with dishes such as hummus, empanadas, roasted chicken and slow-roasted lamb. And for every meal purchased, they donate a meal to a New Yorker in need.

Legacy
Music fans should head to Legacy – the one and only vinyl shop in the ‘hood’. Opened by three owners of Caribbean descent who wanted to highlight underrepresented genres like reggae and soul, and create a home away from home, Legacy is where you go to chill and listen to records in a 70s basement-vibe space.

Butler Bakeshop
Looking for an Insta-worthy coffee spot? Head to Butler. Naturally, their avocado toast is a winner, however, so is their açaí bowl. It’s the perfect pitstop for exploring the creative not-so-no-man’s-land beneath the iconic Manhattan Bridge.

A.I.R Gallery
Dumbo continues to boast a strong gallery presence, along with a number of studios, including the women and non-binary-led A.I.R. This artist-run non-profit arts organization and exhibition space was founded back in 1972, and continues to support the open exchange of ideas and risk-taking by women and non-binary artists in order to provide support and visibility.

Seamore’s
Local, sustainable seafood is the name of the game at Seamore’s – which expanded from its original restaurant on the corner of Broome and Mulberry Streets to add four more locations across NYC. Expect the catch of the day in all kinds of tasty forms: tacos, stews and salads, battered and fried. The fresh oysters are a standout favorite.

Usagi
You seriously cannot miss out on this undeniably cool one-stop-shop in Dumbo. More than just an art gallery or a cafe, Usagi offers the optimal environment for cross-disciplinary creativity and inspiration by integrating dining, art and retail in a modern minimalist Japanese aesthetic.

Front General Store
BK is known for its love of all things vintage. Which is why Front General Store’s owner, Hideya Sagawa, carefully curates throwback items at this pre-loved emporium; “we do a lot of traveling around the country and are always looking for good quality old American stuff.”

Adanne
While most not in the know will head to Powerhouse Arena for their books while in Dumbo, we recommend hitting up WOC-owned Adanne. An educator, designer and an avid reader, founder Darlene Okpo has been obsessed with books since kindergarten, and wanted to create a space that highlights stories by Black authors.

St. Ann’s Warehouse
You really should make the time to catch a live performance at boundary-pushing St. Ann’s Warehouse. Here, they present contemporary plays and concerts by American avant-garde masters and talented emerging artists inside the striking tobacco warehouse-turned-theater.

Em Vietnamese
Saigon-inspired seafood and small plates can be found at Em Vietnamese. Just make sure to order the garlic butter clams and save yourself from FOMO. Head chef, Ly Nguyen, grew up on the outskirts of an idyllic small town in Khanh Hoa, Vietnam and takes inspiration from her rural upbringing – you won’t be disappointed. 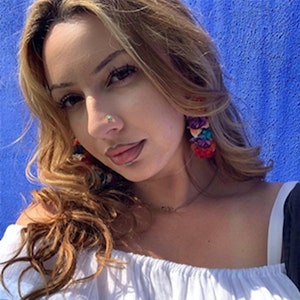 The Five at Five: Natasha Blake 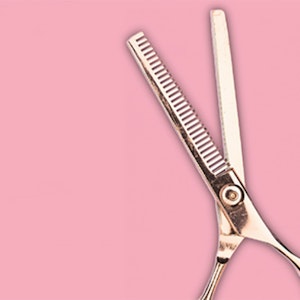 What hair salons can tell us about the impact of inflation — and what to do about it.