Poppy Jamie and Suki Waterhouse are quintessentially British. One’s a model and actress who grew up in the leafy streets of West London’s Chiswick, the other a LSE graduate turned television presenter. Yet despite their British backgrounds, when it came to launching their eponymous accessories label, they knew there was only one place for it: the US.

Since Pop & Suki launched in September 2016, the duo have enjoyed skyrocket success with their customizable, direct-to-consumer business from their pinker than pink pop up in LA’s Culver City last month to their bags being picked up by the likes of Lady Gaga, Jessica Alba and Emily Ratajkowski. We caught up with Poppy to find out why they chose the states, what it’s like to set up shop with your best friend, and why they’ll hit New York next...

So Poppy, how did the idea for Pop & Suki come together?

Suki and I are best friends and we wanted to do something together. And we thought - ‘we can never find the perfect bag.’ So suddenly we thought ‘why don’t we design it ourselves?’ It’s an ode to our friendship – we’re both workaholics so it was nice to be able to coincide girly gossip with doing some work too.

And why did you decide to launch Pop & Suki in LA?

We were both spending so much time in LA and we came up with the idea while we were there. Our third co-founder is a Brit who also lives in LA. So it made sense for us to launch in LA because we spend most of our time there. Also, America is a much bigger market, and because we’re direct-to-consumer, it made sense, geographically, for the business to be housed in the UK and the US market.

And have you noticed the benefits of making that decision already?

Being based in LA has helped us have a lot more exposure to US influencers, and I think it would have been a lot harder to get the US market if we were based in the UK.

Who'd be your ideal brand ambassador?

We’ve had Emily Ratajkowski wearing our bag a lot and Lena Dunham has posted about it. There are so many women we are so inspired by. We’d love to see everybody in Pop & Suki – but we’ve had our dreams come true with a couple of people who’ve worn it already. Also Lady Gaga wore it on television in Japan, and that was a real moment for us.

What are the big differences between your US and UK audiences?

I would say there isn’t too much of a difference because everyone is consuming the same media. Everyone is reading the same fashion blogs and trends aren’t hitting at different times. We’ve had the same reaction in the UK and the US but we’re popping up in the UK soon and it will be great to do something over there.

You’re known for your ‘millennial pink’ branding. Why pink?

We’ve always gravitated towards pink, we’ve always loved it. We didn’t realize it was going to blow up as much as millennial pink has. It’s a color that is able to lend itself to being feminine but it’s also a pink that can be industrial and strong at the same time.

You’ve done a few collaborations recently. What do you like about them?

We love collaborating. The AWAY girls are really good friends and we admire their direct-to-consumer suitcase model and they’re in the same space. It’s so nice when you meet other founders who are just as committed and we have such admiration for the people we work with. AWAY’s marketing is amazing and their store is even more amazing. We just love collaborations because for us, being so new, it’s nice for us to be able to support people we think are doing great things and get that support back.

What’s the best and toughest part of the job?

What do you wish they'd known before you started out?

I think you always wish that you knew more. You live and learn from your mistakes. We were really fortunate that our co founder Leo had done this many times before. My number one advice would be to invest in finding the right team. Without the right team nothing is possible. The right team is the most important thing.

What’s the best piece of advice you can give to someone launching their own pop up?

Plan plan and more planning. Also make sure that your online presence matches up with your physical presence. These days if you go to a store you probably will have checked it out online beforehand.

And finally, what would be your dream location for a Pop & Suki store? 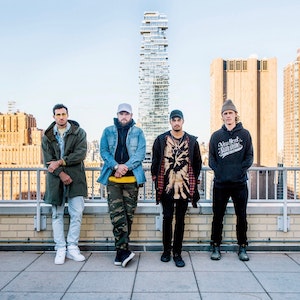 How the after school t-shirt brand turned international creative

Meet New York Sunshine: the surf-meets-city art and fashion collective that’s got everyone talking about their immersive installations. 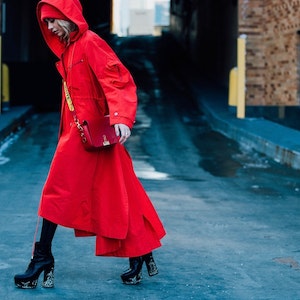