Summer moments to have on your radar

It’s summer. The sun is out, the air is buzzing and social calendars are jam-packed for months to come. It’s prime time for festivals, events and celebrations in cities everywhere – which also means it’s prime time for brands to get out and get involved. If you’re thinking about launching a new concept or hosting an event this summer, why not look to where all the people will be? Whether you call one of these cities home or are looking for reasons to travel, here’s a round-up of the best summer celebrations worth traveling for.

As the first city to ever host a Pride parade following the 1969 Stonewall riots, there’s no better place to celebrate Pride Week than in NYC. This year, the parade will take place in Manhattan between Fifth Avenue and Greenwich, where two million walkers and spectators from different states are expected. Imagine that! The week-long celebrations include conferences, outdoor film sessions, marathons, concerts and street parties. Plus, the whole world will be watching.

Appear at The Greenwich Village Atrium.

If you’re a New Yorker, you may be accustomed to fleeing the city this time of year. But with the fireworks back on the East River, everyone from Manhattan to Brooklyn to Queens can witness the Fourth of July spirit together this year. From rooftop fire escapes to sidewalks everywhere, it’s a day when every square inch of New York City seems to be occupied by festivity, barbeques and denim shorts. Make sure you offer a souvenir of the experience.

US Open, New York
27th August to 9th September 2018
Good for: Tennis aficionados and soaking up the last days of summer

When labor day weekend rolls around, we’ll be planning to soak up the city vibes rather than plan our escape. This time of year, the city is buzzing with endless activities, events and parties. As the summer’s tennis season comes to a close the same weekend as the US Open, matches will be screened around the city – in other words, it’s the perfect game for brands to find their audience and score some points.

Appear at The Sleek and Modern Shop.

500,000 spectators from around the world, 28,000 kilograms of strawberries and 350,000 cups of tea and coffee – this is Wimbledon in a nutshell. It’s the UK’s most loved and recognised sporting event, meaning more and more brands are using it to gain visibility and launch new ideas. Maria Sharapova opened a candy pop-up on Wimbledon High Street in 2014, and Evian launched a pop-up at Piccadilly Circus station in 2015, encouraging commuters to stay cool by buying a bottle, mist or umbrella. Watch this space…

Appear at The Riverfront Showroom.

Notting Hill Carnival, London
26th to 27th August 2018
Good for: Street food, sound systems and a taste of the Caribbean

Notting Hill Carnival is one of those events you just have to experience to understand. Known as Europe’s biggest street festival celebrating Caribbean culture, every year over two million people take to the streets of West London to dress up, dance, drink beer and eat jerk chicken. There’s nothing that embraces London's rich, varied and magnificent multicultural past and present quite like it. From Ladbroke Grove down to Notting Hill and beyond, it’s a long weekend that sets West London on fire.

Appear at The Portland Road Boutique or The Westbourne Grove Boutique.

Known as the world’s largest arts festival, with tens of thousands of performances across hundreds of venues, the Edinburgh Fringe is the talk of the art world every summer. For three weeks, the Scottish capital is flooded with thespians, comedians, poets and artists putting on shows left, right and center to enthusiasts that gather from around the world. Anyone and everyone is welcome to join the celebration and get their creative juices flowing – just be sure to book accomodation on time.

There’s no better time than Paris Fashion Week for new brands to meet and attract buyers, journalists and influencers from around the world. From 19th to 24th June, they’ll descend upon the Champs Elysées, Tuileries and the Marais for Men’s Fashion Week. All eyes will be on Louis Vuitton as Virgil Abloh presents his first collection. And the following week, Haute Couture Fashion Week is a highly prestigious event.

After Paris, Marseille is the second biggest tourist destination in France with no shortage of things to do and see. In July and August last year, Marseille Provence Airport hosted a record of 1,900,263 passengers. It’s a city that’s rich in culture and summer festivals. Among some of the biggest is Festival de Marseille, which is most well-known for their series of dance and theatrical performances and takes place across three weeks. 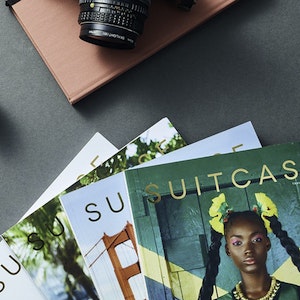 SUITCASE magazine: the travel bible for a new generation of explorers

We speak to founder, Serena Guen, about launching the media powerhouse. 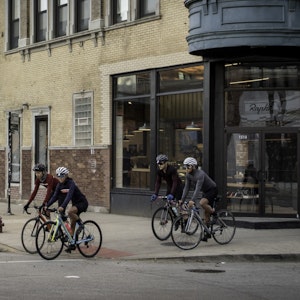 Have Bike, Will Travel: How Rapha Used Pop-Ups To Create The World’s Biggest Cycling Club