This week: With shopping on the shortlist of things we can actually do outside, how does the surge in social media activity translate to the physical world? Enter social retail.

Corona time means we’re spending more of our lives online, but it’s all in search of real connection. If you’re a business, what might that mean for the way you communicate?

• Since lockdown, Americans have spent 62% more time on social media platforms – much of it spurred by a desire to stay connected with others. Brands that stay honest, and in touch, will cement loyalty. Time to turn up the real talk: “[There is] greater demand for unedited, raw and real narratives,” wrote Ammar Nova on The Future Laboratory’s blog.

• While Big Tech is facing its own Capital Hill reckoning, Facebook Groups – which are neighborhood-specific – have seen record user numbers, many of whom are looking for recommendations in their own backyard. “For ultra-small local businesses… these same groups have become a haven to communicate with customers, advertise their services, and even run the business,” wrote Natasha Frost in Modern Retail.

Our feeds strive to replicate what it feels like to be together, to transmit culture and emotion. Despite the prevalence of business buzzwords like “customer engagement,” tech supports – but can’t replace – our urge to socialize.

Shopping has always been one of our most common shared experiences. These days, with widespread bans on large gatherings for the foreseeable, is it all we’ve got?

• According to a new report from Coresight Research, the proportion of U.S. consumers switching to online spending is dropping to its lowest level in months, suggesting that people are gradually returning to stores. In China, which is continuing to seesaw between lockdowns, shoppers are increasingly willing to get out and spend. Q2 retail sales showed promising signs, with a 1% decline in revenue compared to the same period last year. So what’s the draw?

• CNBC reported that with cultural events still paused, shopping is one of the few social options we have right now, and that’s a powerful impulse. “People like buying in store, even millennials and Gen Z who have all the apps on their phones, still like to shop in stores,” said Aneesha Sherman, a retail analyst at Bernstein. (That’s right, we’ve got ALL the apps).

Shopping doesn’t have to mean mindless consumption. It’s an everyday act that can unify communities, and galvanise movements. “I think the pleasure of shopping is the cultural activity of our days,” said the late great Karl.

Where is that culture created? It may start on our screens, but it thrives in our streets. 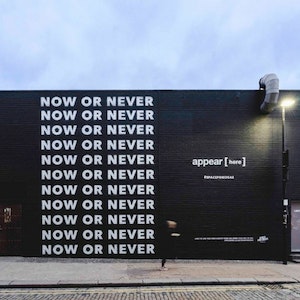 How to build brand awareness 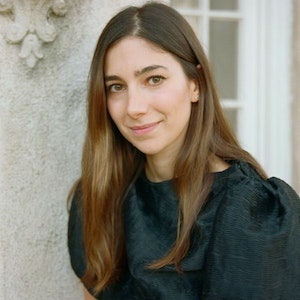 The Five at Five: Ghia

The Five at Five is a download of the best things to read, watch, shop, and get inspiration from – ready for the weekend