The Week Here: What Speaks Louder Than Words?

Being neutral is not an option. Fight inequality with education, and vote with your money.

We know that discrimination exists, but how often do we confront the numbers?

• In the UK, less than 4% of children’s books feature a protagonist of colour. Independent and inclusive publisher Knights Of was founded with the aim to redress that. There are 5 days left to donate to their crowdfunding campaign for diversity-led indie presses.

• Of the almost 500 members belonging to The Council of Fashion Designers of America, only 3% are black. “I am a black, female, independently-owned luxury retailer, one of the very few in the nation. Why is that?” said Sherri McMullen, owner of California-based boutique McMullen.

• The experience of black entrepreneurship is freighted with racial inequity: black-owned firms are x2 as likely to be rejected for bank loans. The pandemic is deepening this divide. Since February, the U.S. has seen a 40% drop in working black business owners ­– more than any other racial group.

Peaceful protests are happening across all fifty states. A minority of rioters have vandalised and looted retailers, but many brands have voiced their support – acknowledging that the stakes are far higher than damaged property. Others are pointing out the inherent gap in resources for independent, minority-owned businesses that have already been facing months of hardship. Viewed through any lens, the destruction paints a picture of intense suffering.

“When you see the outrage on the streets and the attack on retail establishments, it’s because of the vastly profound economic inequality that exists in the country,” Anthony Thompson, director of the Centre of Race, Inequality and the Law at NYU, told Bloomberg Businessweek.

We are reminded that words, however well-intentioned, are only meaningful when accompanied with action. Performative posts and platitudes are not going to cut it. Here’s what you can do.

• Aurora Jones, founder of fashion label Brother Vellies, called on major retailers to go beyond statements and commit to stocking products from black-owned enterprises. “So many of your businesses are built on Black spending power. So many of your stores are set up in Black communities ... This is the least you can do for us. We represent 15% of the population and we need to represent 15% of your shelf space,” she wrote. Support the initiative here: 15 Percent Pledge.

• Examine your hiring practices. Creative industries, from fashion to publishing, are facing a reckoning over their own profound lack of internal infrastructure supporting people of colour and placing them in positions of authority. “Racism is a global issue. Racism is a British issue. It is not one that is merely confined to the United States – it is everywhere, and it is systemic,” wrote Edward Enninful, the first black Editor-In-Chief of British Vogue.

Today, the world is burning, over appalling murders and age-old injustices. There is so much work to do.

We’re asking: How do we make spaces truly accessible to everyone, when so many are denied entry? What can a brick-and-mortar space mean? What priorities can it make visible?

Just as it takes collective will to enact change, it’s going to take an entire community to address these questions. So we’re calling on you to help Appear Here bring a new space to life, dedicated to self-education and activism. If you’d like to get involved and work with us to shape this space over the coming weeks, please get in touch at hello@appearhere.co.uk.

In the words of Aimée Felone, co-founder of Knights Of: "Space means using walls to create freedom." 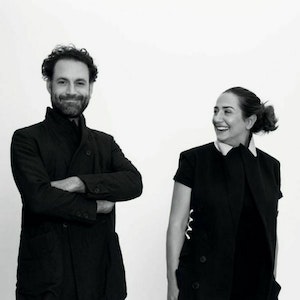 Street Theatre: a masterclass in window design with LVMH 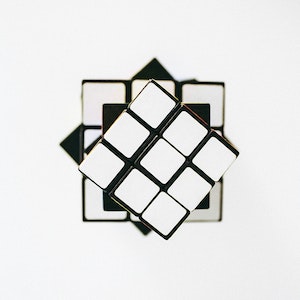 Are hybrids the answer?