This week: What does a post-lockdown recovery look like, and are we there yet? But where, one wonders, is there?

Aaaand we’re back. In England, at least, it’s been five days since the reopening of retail and outdoor hospitality – after one of the longest lockdowns in the world.

• Pros: nearly half the population is vaccinated, and they’ve got excess cash to burn. 72% feel totally fine about shopping on the high street, per a recent YouGov survey. According to Appear Here’s own data, footfall in London’s Soho is up nearly 300% week-over-week. That’s like, pre-COVID levels!

• While it’s been shitty for retailers of all sizes, it turns out chain stores have closed at x9 the rate of indies. “Living up to the UK’s 200-year-old-reputation as a nation of shopkeepers, independent retailers now account for 65% of shops, up from 63% five years ago,” reported The Times. Leading the rise? Barber shops and beauty salons, ‘cause we could all do with some serious grooming.

• The recovery is… local? “We’ve become hyperlocal as shoppers,” Anita Balchandani, a partner at McKinsey, told Vogue Business. “If I think about the retail stores that have been, relatively speaking, more resilient, local formats are by far the number one.” It turns out the neighborhood game is still going strong, on both sides of the pond. While it’s still tumbleweeds in Midtown, major retail corridors in NYC’s outer boroughs are back to bustling.

For Brits and Yanks alike, the retail sector is their country’s largest private employer. Retail’s revival means a faster recovery, for everyone.

Next question. What do we want that recovery to look like?

Professors in macroeconomics we are not, but it doesn’t take a genius to grasp that growth at any cost is a threat to us all.

• Measuring success by GDP is, at best, quaint. At worst – it’s dangerously outdated. New research shows a deepening gap between economic growth and well-being in countries worldwide, with the former outpacing the latter. “[These insights] raise concerns about how, and indeed whether, policymakers will know when their country has actually recovered from the pandemic,” wrote Bas van Bavel and Auke Rijpma in Fast Company.

• The recovery has already gone K-shaped, according to international data, which means existing inequalities are deepening. In terms of retail, independent businesses are especially at risk. In times like these, shopping small has the biggest impact. “We need to acknowledge that a K-shaped recovery is a rising tide that sinks all boats,” noted the World Economic Forum.

• There’s also a generational divide, with the economic fallout worse for young people – and for Black youth in particular. “We’re living in the world the boomers and nearly boomers built, and are still building,” reported The New York Times. But it’s a world that Millennials – more racially diverse and socially aware – are about to take over. And we can’t hardly wait.

“The economy is poised like a coiled spring. As its energies are released, the recovery should be one to remember after a year to forget,” said Andy Haldane, chief economist of the Bank of England. 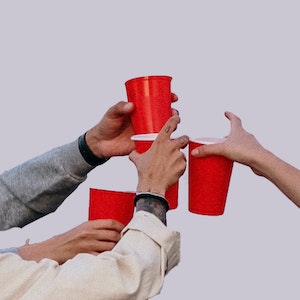 For every brand, it’s (always been) about growing communities. After a most unusual year – where will we gather, and why? 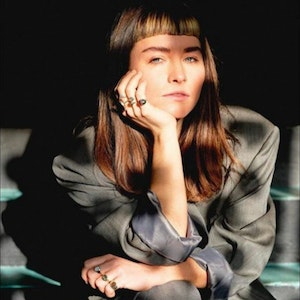 The Five at Five: Ella Bull