What are some examples of amazing pop up shops?

In the last few years, streets around the world have seen a revival of retail through the pop up model – inspiring a new generation of shop owners. To further inspire, we’ve rounded up a selection of some of the most successful and unique pop up shops, some of which we’ve even worked on ourselves. Read on to learn more about the pop ups that challenged the rules of retail:

A masterclass in keeping it simple, this concept would have stood out on any street. Combining the iconic Louis Vuitton print and Supreme’s signature colors, this was a retail store that united both brands seamlessly. Stripped-back minimal interiors really let this storefront take center stage.

The Insight:
This storefront proved that window displays don’t have to be confined to the window space. Rethinking your storefront provides a real opportunity to stand out on a traditional main street.

Arguably the most anticipated beauty pop up of the year, Glossier’s first UK retail store was an unrivalled success. Their interiors captured their signature pink aesthetics perfectly, including an indoor pastel rooftop, beautiful floral patterns and a simple layout to highlight their iconic products. The pink pop up was such a success, Glossier have since made it into a permanent site.

The Insight:
A beautifully designed interior is an invitation to create a social media moment – nobody knows this better than Glossier. Doing this in your store could generate a viral moment for your brand.

When luxury fashion retailer Browns chose an abandoned supermarket over a retail street store for their Berlin pop up, it was totally unpredicted. Designed to be a reflection of Berlin’s underground club scene and minimalist aesthetics, the setting played host to a program of musicians, panels and art installations – making the supermarket setting feel even more surreal.

The Insight:
Using an unlikely setting is a simple yet effective way to create a huge buzz among locals and journalists alike. Hosting your retail store in a space not typically connected with your industry is also a sure-fire way to stand out.

During the climate strike, outdoor brand Patagonia closed all their permanent sites and then opened The Activist Café. The pop up space was opened to coincide with the launch of Action Works – an online platform that makes it easier to donate, volunteer and campaign for a variety of causes. In the cafe, visitors were given activist training and tips on running successful campaigns. 100% of the profits from their coffee went to NGOs.

The Insight:
Physical space isn’t just an important concept for retail, but for activism, too. Having a place for people passionate about the same cause to meet and focus their activism can be important to inspire change.

Best use of technology: Sennheiser

The noisy neighborhood of New York’s SoHo may seem an unlikely place to launch an audio brand pop up, but Sennheiser was able to create an immersive retail store through the use of their pioneering technology. Guests entered the pop up space via ‘The Sound Tunnel’, an installation to heighten the sounds of the street despite walking deeper into the store. The space also featured the ‘Sennheiser Sound Temple’, an experience specifically designed for the Sennheiser HE 1 – currently the best headphones in the world.

The Insight:
Many brands are dipping their toes into the experiential – and for good reason. Not only are they key to creating a memorable store experience, but they’re also an opportunity to incorporate your product and show visitors first-hand how it is.

The unprecedented nature of this collaboration is exactly what made the pop up such a joy. Combining the worlds of interiors and fashion, Off-White’s founder and creative director turned his hand to ‘fashion you can’t wear’ for an experiential pop up space. Visitors got to ‘try on’ the “MARKERAD” collection before its official release, as well as book a slot at a temporary tattoo station. The incredibly shareable retail store went on to be named one of Vogue’s best collaborations of the year.

The Insight:
This is a prime case study of how the physical can say so much more than the digital. In this store, the unexpected collaboration made sense, and it was an opportunity for visitors and journalists to experience it first hand.

If you’re feeling inspired to launch your dream store, get in touch. Not only do our concierge team have experience launching 10,000 stores, but they’re also switched on to what’s trending in the world of retail. So give us a call or create an account to discuss how we can make your vision into a real-life store. 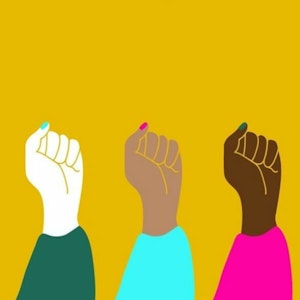 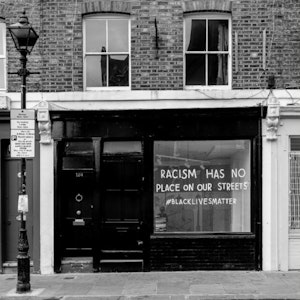 The Week Here: What Speaks Louder Than Words?

Being neutral is not an option. Fight inequality with education, and vote with your money.